Hello eveyone!
I've got my mind on Christmas, and Christmas on my mind! This joyous, festive season is fast approaching and we are all busy preparing for it. This layout is not the exception! To make it, I used traditional Christmas colors to document a non-Christmas memory. 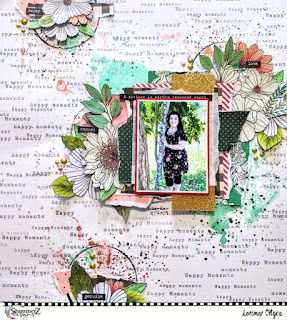 This picture was taken earlier this month and I just had to document it ASAP! Used the colors within it as inspiration for the color scheme, and ended up using:

Chose a "texty" paper as my base and faded out 3 areas (1 main and 2 smaller clusters) with white acrylic paint. Once dry, I sued a baby bottle cap (LOL!) and Before Dawn to make 4 circles, and added some splatters with it. Then I used the packaging technique to add in Jolly Green Giant and Rose Gold Red, and then splattered them accordingly. Set my base aside and began working on my layers. 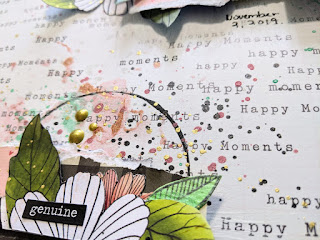 Trimmed my picture down to roughly 3x4, left a white border around it, and matted it with some red cardstock. Then began layering in patterned paper in blacks, reds and greens. For texture, I also layered in a small glassine bag. Added a strip of gold glitter cardstock in order to tie it in with the other gold elements that I would be adding to finish off the layout. 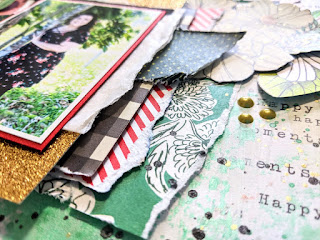 For embellishments, I clustered 2 different flowers from Vicki Boutin's Color Kaleidoscope and Wild Flower and Honey collections. Colored the leaves and centers of the flowers with Rose Gold Red, Jolly Green Giant, and Honey Dew List, and splattered Miner, Miner 49er on them. 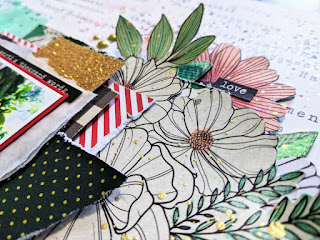 Finally, once everything was dry, I built my layout. Added extra dimension to my main cluster by placing the paper layers on some 3D craft foam. Balanced out the layout by adding some torn scraps of patterned paper to the other 2 cluster areas. Layered in the flowers and, to wrap it all up, placed some tiny word stickers in black, glued some gold enamels dots, and splattered Miner, Miner 49er all around the finished layout.

Here are some extra close-ups! 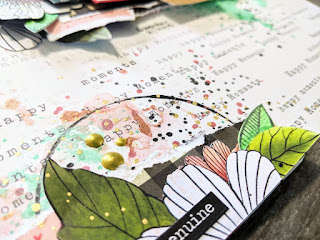 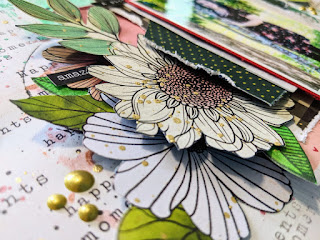 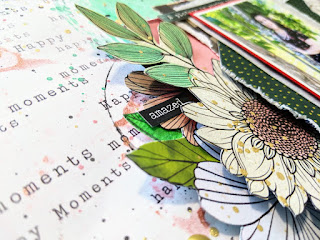 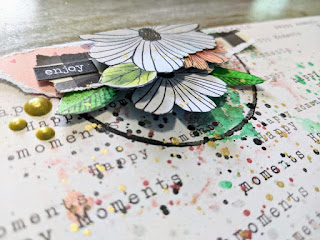 Hope your inspired to use traditional Christmas color in a non-Christmas layout, and really challenge yourself.

Remember, type my name in the comments section of your next Shimmerz order to receive some free paint! 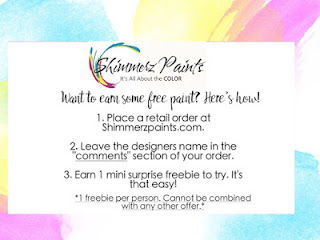