Hello friends! Katty here to share another 12x12 layout with you all. I am scrapping a sequence of photos of my niece and my mom. My niece gives the best hugs. She is the sweetest. 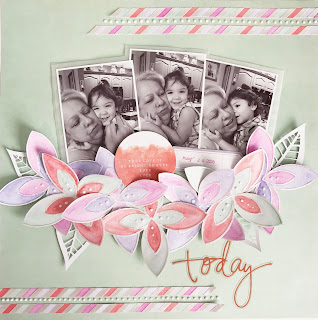 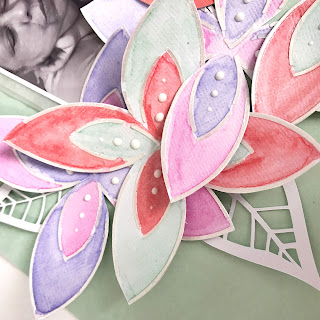 I pulled out a mint green paper from my stash. I arranged my three photos in the center of the layout and added a simple layer of tracing paper behind all three photos. I then raised them up on foam. I then clustered the flowers underneath the pictures and added some leaves I had previously cut out on my Silhouette Cameo. 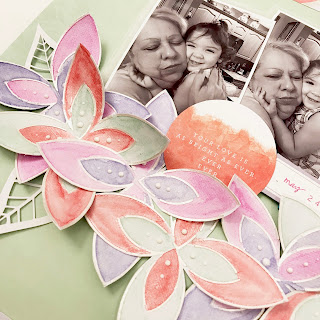 I used a Teresa Collins diagonal stripe stencil with the Dazzlerz in Spun Sugar and used the same four colors to color in between the stripes. I cut out strips and added two in the top right and two on the bottom left of the layout. In between the strips of color I added white drops using Nuvo Drops. I also added Nuvo Drops to the flowers for some extra detail. 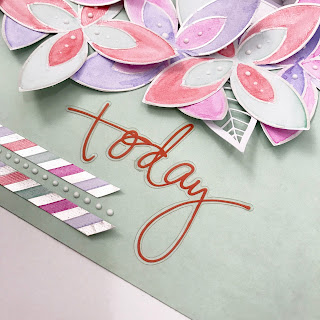 I used a Heidi Swapp acetate word in a coordinating coral color as my tittle and a few random embellishments from my stash. At first I wasn't sure about combining all of these colors but  in the end I really like how it turned out.
There is a video on my channel if you'd like to watch my process: