Today's layout will show you just how easy it is to make a stunning mixed media layout. I used papers and embellishments from Cocoa Vanilla Studio No Limits collection and 2 4x4 photos, but you can use anything you have on hand. 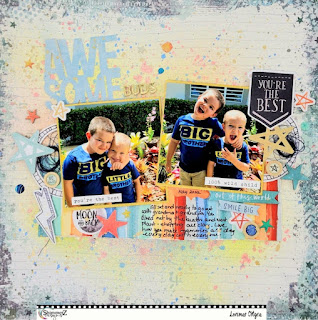 I began with a light gray-blue mixed media patterned paper from the collection and a rainbow striped paper. The first one will be used as a based while the other will be used to add color unto the layout as a layering piece and mats for my photos.

On the base I sprayed You're The Zest, No Yolkin', Sapphire, Freshly Squeezed and Caribbean Sunset. For an added mixed media effect, I splattered Sapphire and Caribbean Sunset as well. While the base dried, I trimmed my photos to measure 3.75x3.75 and matted them with the yellow side of the rainbow paper. After cutting a strip of the same paper, I tore one of the long edges off and distressed the other three; this was glued down horizontally in the bottom center of the page.

Both pictures were popped up on craft foam and placed at an angle on top of the rainbow paper. I then began to add in the embellishments and journaling. Finished off the layout with some splashes of Christmas Cheer, and done!

Thank you so much for joining me today! Remember, by writing "Lorimar" in the comments section of your next Shimmerz order, you can get a freebie! 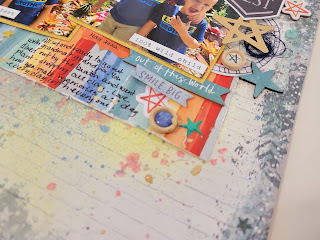 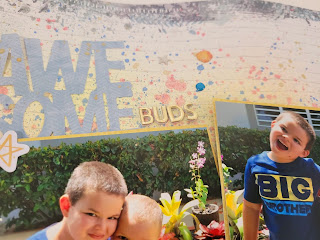 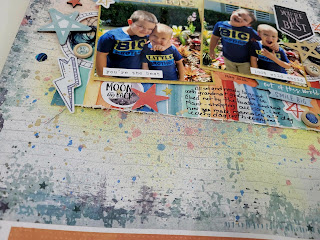