Hello everyone, and a super happy New Year!

My first layout our of the gate for the Shimmerz Paints Design team features the gorgeous January 2022 Color Kitz. It features some super pretty pinks and beautiful blues, perfect for any kind of layout. I used mine to document a Christmas Eve selfie. 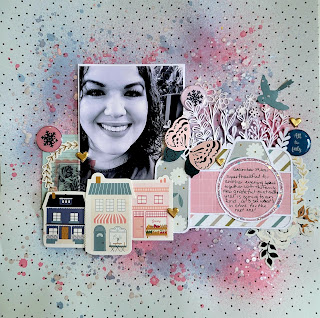 I began by selecting a subtly-patterned patterned paper in an off-white color; the first layer of mixed media were the blues (Corn Flower Blue and Don't Rain On My Parade) which were splattered and sprayed, respectivelly. While they were drying, I began to work on backing the cutfile (part of the Color Kitz). For it, I chose soft color papers from the Lora Bailona "Latitud" collection to match the overall color scheme of the Kit. The glitter that comes with Color Kitz was added around the lens of the camera.

Moving on to my second layer of mixed media on the base, I splashed and splattered the pinks (Cheeky Pink, Pretty In Pink, Peaches and Cream) to create a "dusky" background; it certainly reminds me of the sky as the sun is setting in the Winter! To finish off my layout, I placed the camera cutfile on craft foam for added dimension and added it on to the right hand side of the layout. After adding in the picture to the left hand side, I added in various different embellishments that fit the color scheme and story that I wanted to tell. I added the journaling in the center of the camera lens, added the Dotz around my clusters and finished off the layout with an extra splattering of Cheeky Pink.

That's it! Thank you for much dropping by today! Remember, if you type "Lorimar" in the comments section of your next Shimmerz order, you'll get a freebie! 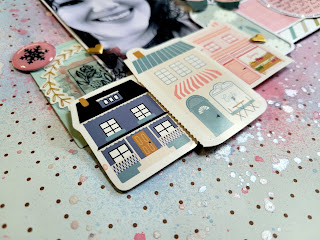 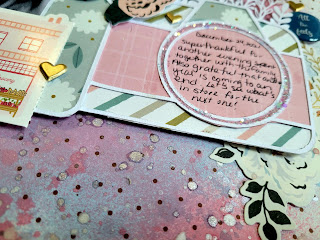 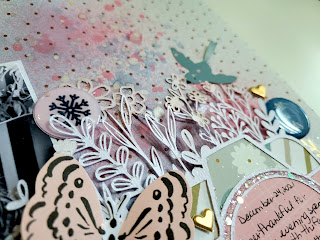 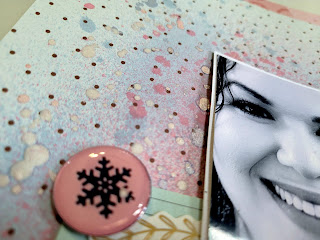