Today's layout features the stunningly gorgeous June 2022 Color Kitz which you can get here. I decided to not include the cutfile from the Color Kit because I wanted to create a bit more of mixed media DIY. 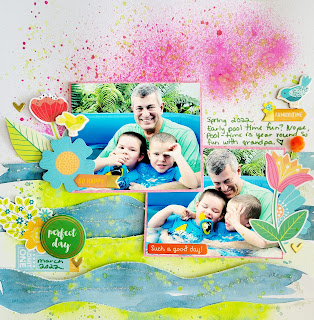 It's all pretty straight forward so let's get started!

I began with a white sheet of cardstock unto which I sprayed Don't Citron Me and Hermit The Frog (half a sheet), and added in the blue with brushstrokes. For added depth, I splashed the same three colors on top of each other.

Using another sheet of cardstock (this was my base), I sprayed Gladiola and splashed the other pink on the upper half of the base. While both sheet were drying, I prepped my pictures by trimming them to roughly 4x5, matted them with a pink pattern paper from Paige Evan's Splendid collection and popped them up on craft foam.

Once both sheet of cardstock were dry, I cut the green and blue into random waved strips and distressed the upper edge. I began to layer them onto the base alternating between green and blue strips. Once this was done, it was just a matter of placing my pictures, adding in my journaling and embellishments. I also added the glass beads on top of the waves for some extra pizazz and dimension.

Close-ups are down below. Thank you so much for joining me today! Remember that you can get a freebie by typing "Lorimar" in the comments section of your next Shimmerz Paints order.

See you next time! 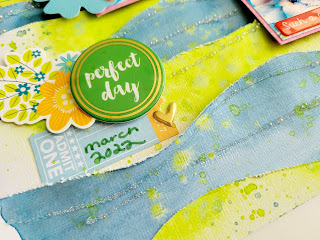 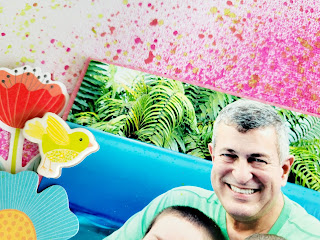 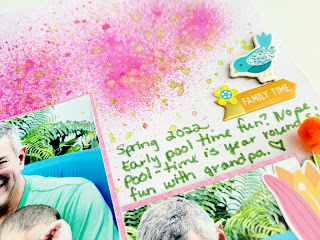 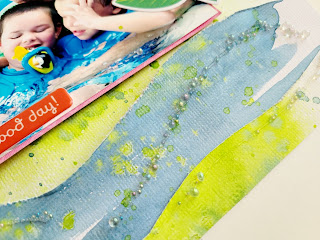