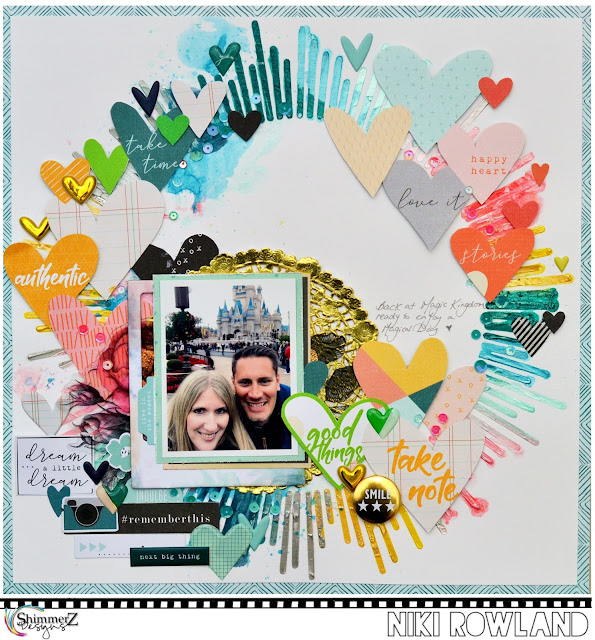 Hey there Shimmerz Fanz! It's Niki back with you today and I am sharing a very busy and colourful layout. I started by cutting a Sunburst cut file (available in the Silhouette Design Store and it's by Paige Evans) which I cut into a sheet of 12x12, and layered over another sheet of 12x12 and then I used it as a stencil.

I added lots of colours of Dazzlers and Textures, mixing some of them together to create new colours, and also mixing with some Vibes sprays too for even MORE colours! I also sprayed directly onto my stencil with Vibez in some places too. As soon as my stencil had been covered, I removed it straight away before it dried too much, I needed to lift it away while it was still wet so it didn't get stuck. 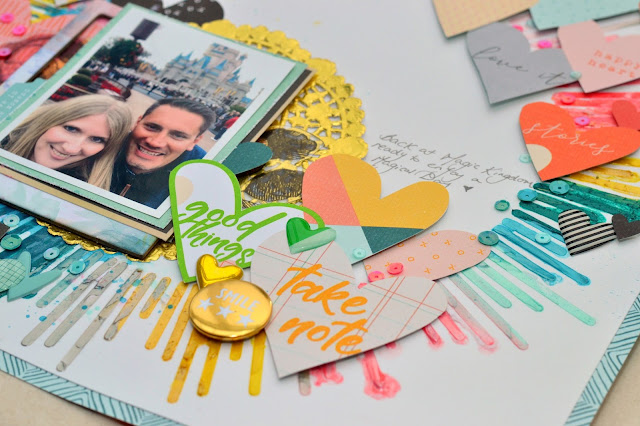 My stencil was only made from cardstock so I didn't expect the finished result to be perfect but it wasn't bad! There was only bleeding in a few places, mainly where I had sprayed with Vibez, rather than had used the pastes. I left my background to dry and did some fussy cutting of a sheet of hearts paper while I was waiting. 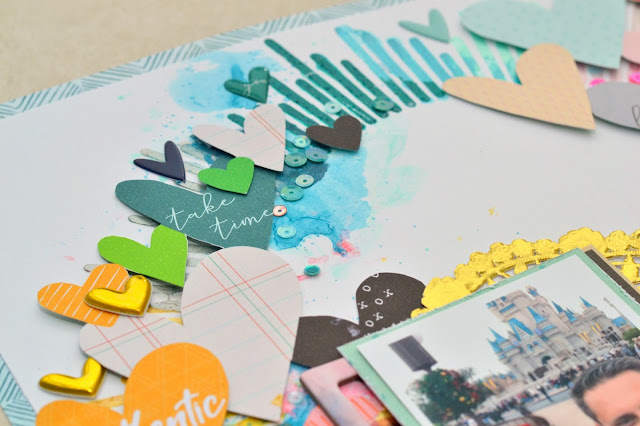 Once dry I added more colour using my Vibes sprays and the packaging technique. I smooshed some more colour on over on the left side of the sunburst to add a water colour look and to act as an area to put my photo stack. I then added all those fussy cut hearts, around the circle, pretty much all raised up on foam pads. 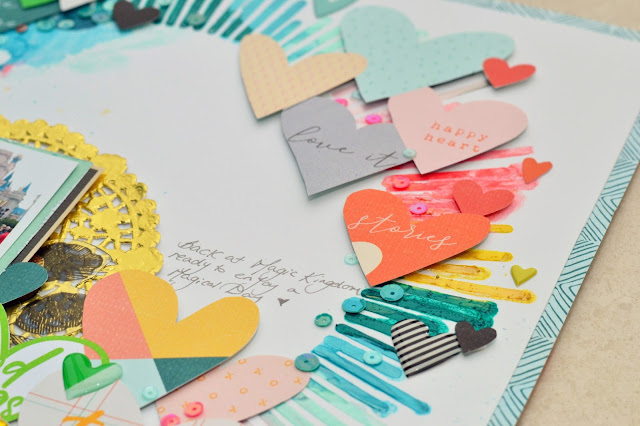 I'd added some splatters with my Vibes but had a few stray marks where I didn't want them (D'oh, dont' you hate it when that happens!) so went looking for something to cover them up and found a big gold doily - perfect! I added a few layers behind my photo and added more hearts and embellishments. 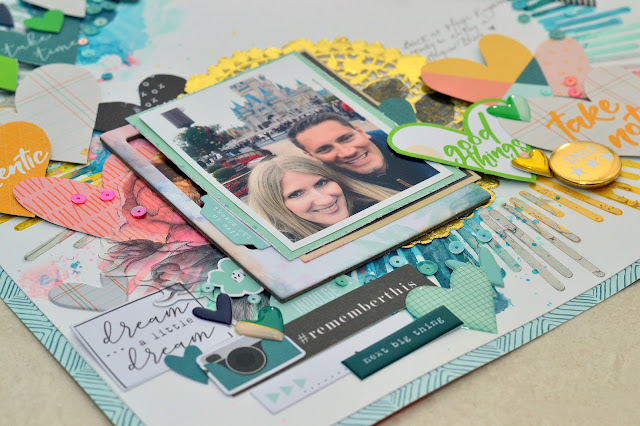 I then went totally crazy on embellishments, more hearts and sequins and finished off with a small amount of journaling. What a crazy layout! I had such fun making it!

See my process video below:

The products I've used are:
Dazzlerz: Sea U in the Mornin', Sour Apple, Foiled Again, Tutti Frutti, Lemon Drop
Texturez: Crushed Coral, Gold Mine, The Tide that Binds
Spritz: Cotton Candy
Vibez: Jeni B Blue, Pop Art Pink, Deep Blue Sea, Sweet Heart, Snow Way Man.
If you are placing an order via the Shimmerz Website then put my name in the comments box and you will recieve a free gift!

Thanks so much for joining me today and happy scrapping xx