Flowers Hiding in the shimmerz

Hello again in this beautiful summer weather we are having even here in Canada. Well despite all the time Iam spending outdoors I have still had time to work with my shimmerz. This month I wanted to show you how I "found" some flowers hiding in my shimmerz backgrounds. Okay I know that seems crazy but I often find that if I look at a pattern long enough, I can actually see forms and shapes insides those patterns.

I'll explain what I mean. The two pages below were created by starting with my backgrounds. I used two shades of my Shimmerz - pink an orange (great combo by the way). So I spritzed and smudged as I usually do and then from the original background - I could see some forms, and those forms became flowers. Let me show you in the next picture: 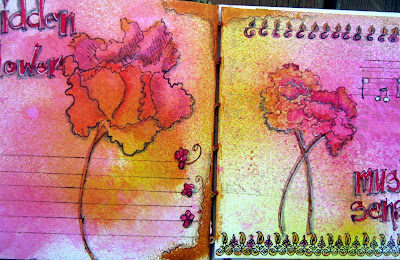 Below is a closeup of my shimmerz background. See where the arrow is pointing?
Can you see the possibility of a flower in there just like I can. Take a good look, see the center and then the petals extending from there. Well, I took my Pitt pen and drew around these shapes. I drew around the circle - which for me was the center - and then I drew around what I saw as the petals extending from that center.
What I ended up with are the two closeups below ... 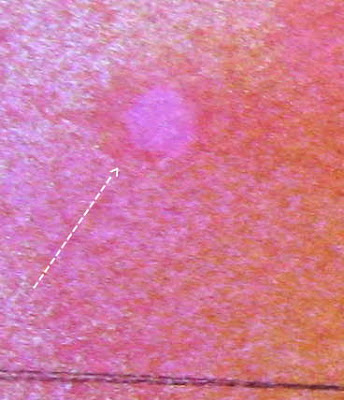 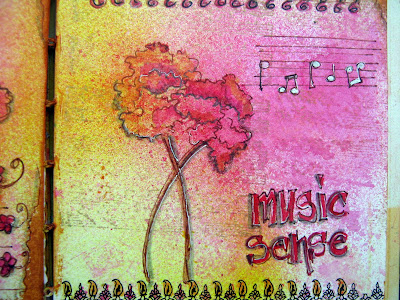 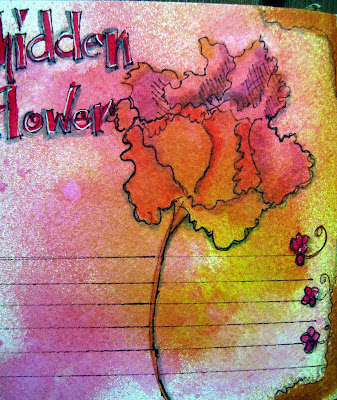 Have a great week all - see you actually in a few days.

Posted by cathyb.typepad.com at 11:20 AM

This is amazing!!! So beautiful!!!

Fantastic! Love all these pages !